Did you know, 40% of all plastics are used just once before being discarded and rarely recycled? Much of the world has come to rely on plastic as key to its lifestyle. We buy 1 million plastic bottles every minute, representing a significant proportion of the single-use items in circulation.

Plastic pollution is among the biggest environmental battles of our time. We are rapidly approaching a plastic fly-tipping point of no return. As we continue to hear of marine species fatally stranded on beaches, a stomach-full of plastic to blame, we can no longer afford to hide. In Thailand, hundreds of dolphins and whales die each year, while a video of a sea turtle with a straw lodged in its nostril went viral during 2018 and highlighted just how severe the problem is. Thankfully, change is at hand.

We can reverse the rising trend of plastic pollution

A new generation is working to tackle the global plastic waste crisis head-on. Businesses and governments are exploring the history of plastics, uncovering why humans have come to rely on this non-biodegradable material and revealing the impact of our growing consumption. Household names such as Coles and Unilever are among the many Australian businesses charging towards a plastic-free future by investing in their:

The impact of wildlife is now making international businesses around the world stand up with the word-first pact to tackle plastic pollution with over 40 UK companies who contribute as much as 80% of plastic packaging, pledging to achieve the following four world-leading targets by 2025. 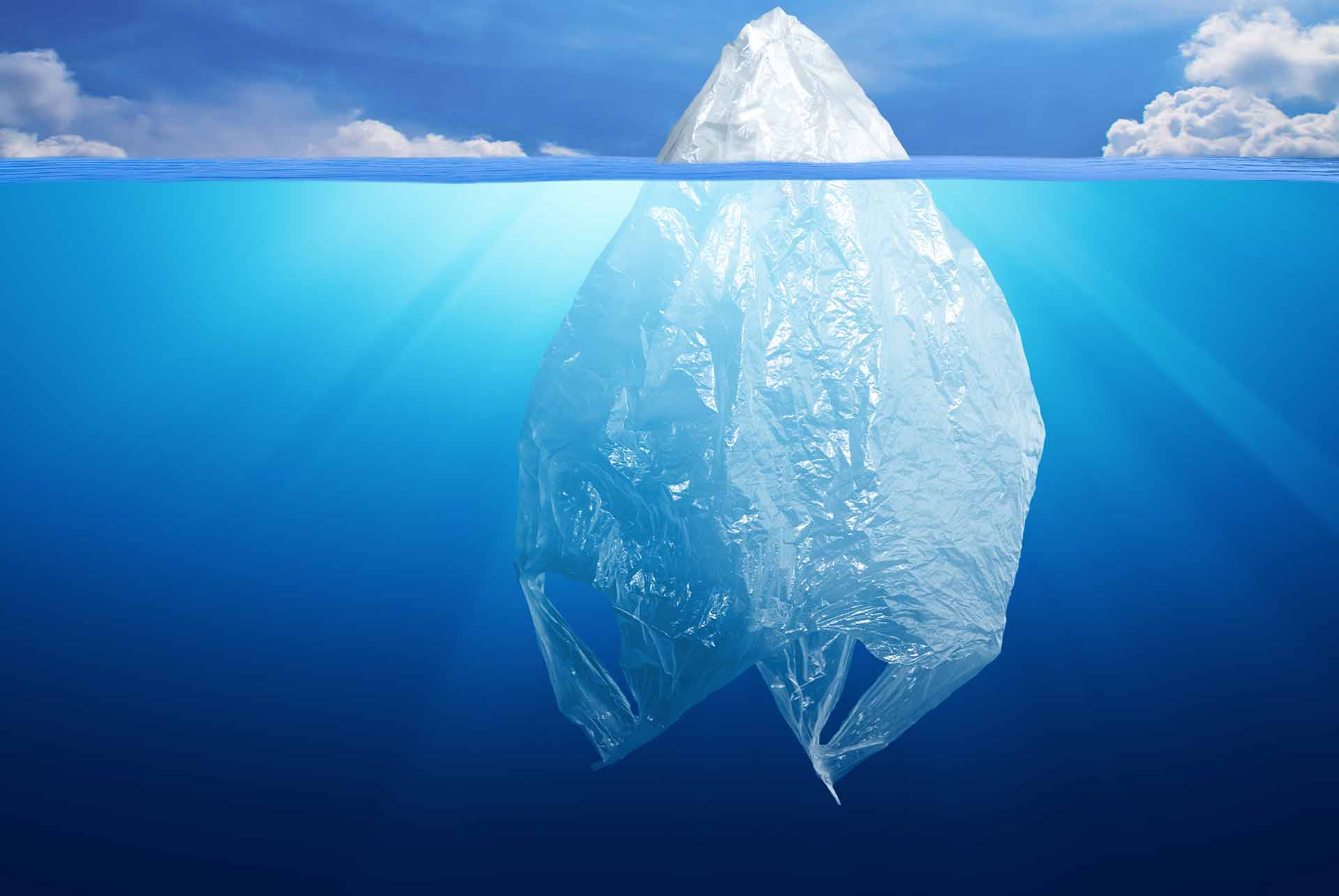 How Did We Reach This Plastic Pandemic?

From a modest start of 2 million tons in the 1950’s, the world now produces over 400 million tons of plastic every year. Half of all the plastic ever manufactured was made in the last thirteen years alone, illustrating the incessant demand for convenience over sustainability.

A major contributor to the growing plastic pollution stems from the lack of robust waste management infrastructure. This is in the developed world as much as in developing nations. While we have been happy to produce and use plastics, insufficient thought was given to how to dispose of the material sustainable. Did you know, in Australia alone, we get through almost 1 billion plastic bottles each year, recycling just 36% of all those purchased? It's likely we are destroying the planet with our recycling habits. Initiatives such as Clean Up Australia Day are doing their best to encourage communities to protect the environment, but further action is required.

Plastic takes centuries to break down

We are still finding forty-year-old plastic bags in near-perfect condition that pollute conservation areas. Those that degrade only result in microplastics, further polluting our landscapes and oceans 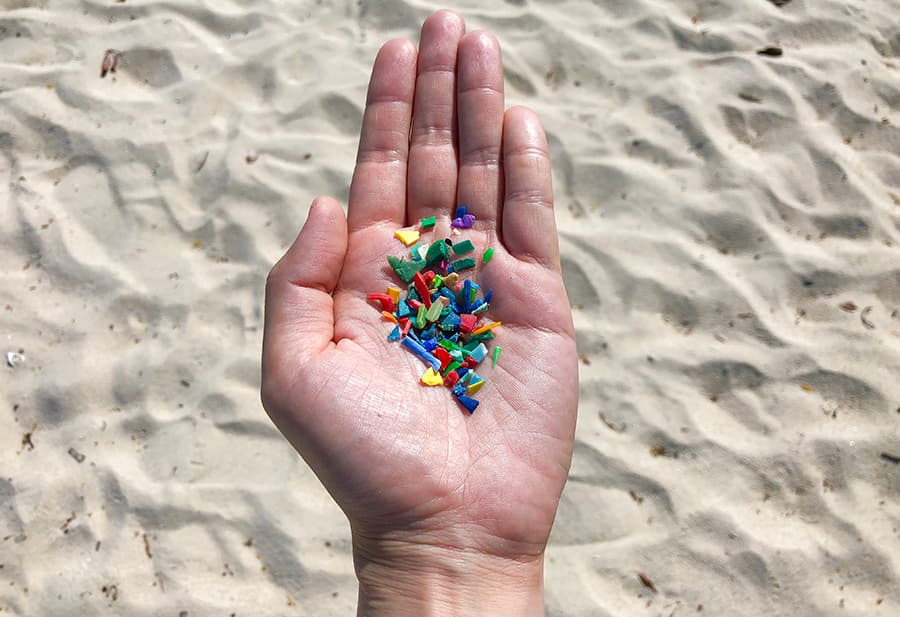 Plastic Pollution Is Set to Treble in A Decade

One year on from China’s ban on accepting Australian waste, the waste management sector is under immense pressure – just as the recycling rate stagnates.

In the face of rising plastic production and given 89% of waste in the ocean stems from single-use plastics, this is a worrying signal. The single-use pandemic has spurred policymakers and businesses worldwide to act. Be it through outlawing bags or removing plastic straws; these are small but significant steps to reverse the trend. Governments work to give citizens the tools to reuse and refuse plastic. The key message revolves around prizing sustainability over convenience: rather than accept plastic when offered, question whether we can reuse the item and, if not, refuse it.

Eco-friendly alternatives include a cup for life for use during your commute to work; a reusable drinks bottle to keep you hydrated throughout your workout or workday; or, storing cloth shopping bags near the entrance of your home or in your car. 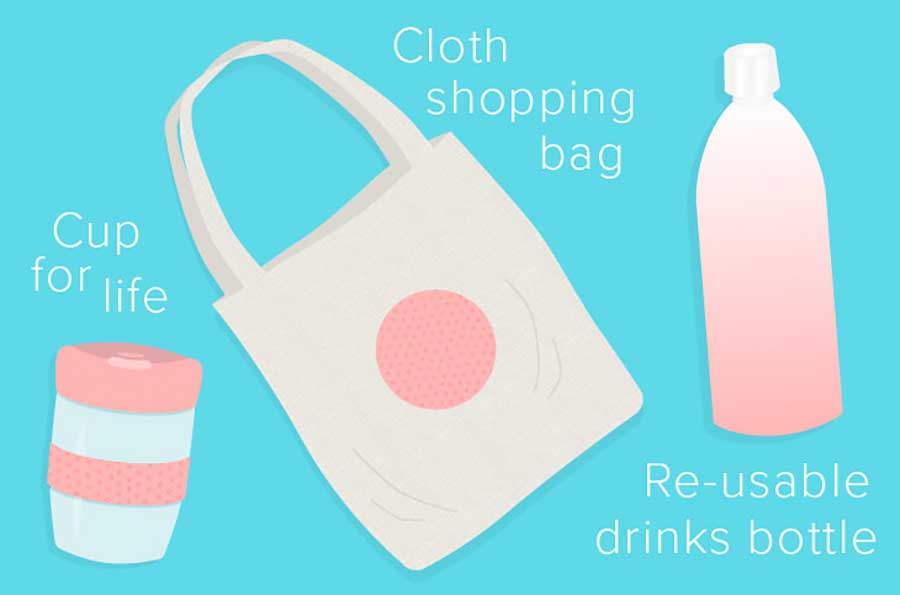 The Global State of Plastic Pollution

40% of the ocean’s surface already sits beneath plastic wasteland flotillas. Unless we change course, there will be more plastic than fish in the ocean by weight by 2050. The biggest cause lies in single-use items such as bottles, straws and grocery bag. These have an average useful lifespan of twelve minutes but survive for hundreds of years.

To date, we have used five trillion plastic bags to transport shopping home just once, before discarding them. It is the single-use behavior which has galvanized policymakers and businesses across the world to act and reverse the trend, be it through outlawing bags or removing plastic straws.

Single-use products destroy fish populations, as illustrated in 2019 when a pregnant sperm whale washed ashore in Europe with 22 kilograms of plastic in its stomach. Even if the plastic breaks down, microplastics can permeate freshwater supplies as indicated by a recent survey indicating 93% of bottled waters from 9 countries contained micro-plastics. They pervade the environment to such an extent that the Queensland’s Environment Conservation Group removes 10,000 plastic items a month from waterways – mainly single-use bottles – with no let-up in sight.

How Can We Reverse The Situation?

We produce twenty times as much plastic today as we did sixty years ago. On current estimates, experts suggest as much as 12 billion metric tons of plastic will accumulate in landfills by 2050. It appears the world has taken note of the situation with movements attacking the use of single-use plastic popping up on a frequent basis. 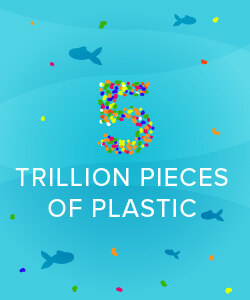 Organisations such as The Ocean Cleanup harness technology to remove some of the five trillion pieces of plastic currently littering the oceans. They hope their passive cleaning systems will clear as much as 50% of the Great Pacific Garbage patch within five years via a more efficient, economical method than achievable with boats and nets alone.

The Seabin Project installs floating rubbish bins in ports, harbors and marinas: major sources of ocean litter with the average sea bin collecting up to half-a-ton of debris every year. British company Recycling Technologies have developed an innovative technology that recycles any plastic into a reusable material known as Plaxx to solve the non-recyclable problem. Finally, companies such as Origin Materials focus on the top of the supply chain, aiming to manufacture renewable bottles out of sawdust, cardboard, and other sustainable materials. 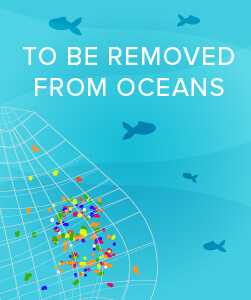 Travel and hospitality companies have joined the plastic-free movement. Australian Airline Qantas hopes to become the first zero-waste operator – pledging to reuse, recycle, or compost every waste item produced on its flights having run a successful trial in 2019. While Etihad recently completed a world-first by landing a plastic-free ultra-long-haul flight in Brisbane earlier in the year.

Among major hotel chains, Hilton committed to remove plastic straws from all its 650 hotels across the world – alongside taking plastic water bottles out of conference rooms, as the operator hopes to cut its environmental impact in half by 2030.

The Hyatt, Four Seasons, Marriott International, and Nikki Beach hotels have also curbed usage of plastic straws and stirrers. While the Six Senses chain of resorts has taken the movement one step further with its Earth Lab initiative, aiming to create a zero-waste operation and ensure all materials used onsite are either reused; or recycled.

Closer to home, Star Entertainment Group has announced plans to reduce single-use plastics from its 60 bars, 7 hotels and head offices across Australia. Instead offering sustainable paper and biodegradable alternatives. The move forms part of a wider initiative to curb carbon emissions by 30% by 2023. To move towards an economy which places sustainability top-of-mind, however, will require action at the highest level: the New Plastics Economy report argues for improved infrastructure in how producers both design, then use, plastic. The study calls for a rethink of packaging so that the 30% of plastics which are currently destined for landfill can be given a second life once they have fulfilled their primary purpose. It also urges an overhaul of the recycling process to make it easier to process waste materials, which would make recycling more economically viable in certain regions; excessive cost often deters nations from scaling recycling efforts.

By educating yourself around both the problem as well as steps towards a solution, you can have a positive impact on your environment. In an effort to increase understanding of the plastic waste crisis, environmental awareness days take place throughout the year. This includes World Earth Day on April 20, World Environment Day on June 05, World Ocean Day in June, and Clean Up Australia Day, which happens every year on the first Sunday in March.

In recent years, communities have focused on the ways in which we can Beat Plastic Pollution as the global media reports on efforts to reduce plastic pollution. Participants include individuals, local communities, charities, governments, and workplaces such as SMEs and large enterprises.

By educating yourself around both the problem as well as steps towards a solution, you can have a positive impact on your environment. As a starting point, consider the following five tips that enable you to make a positive difference to the plastic pollution problem: 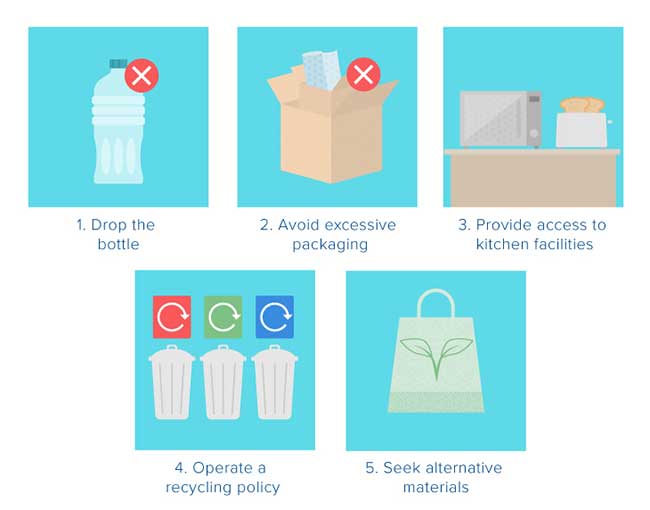 Seek to resolve the plastic pandemic

The Plastic Pollution Coalition represents a collective of individuals, organizations, businesses and policymakers who have come together to help rid the world of single-use plastics and their website even offers a path towards a plastic-free lifestyle. While plastic-free living may be a pipe dream for most, lower plastic consumption is becoming a reality.

The recently-agreed UN resolution is paving the way as nearly 200 countries pledged to revisit how they handle plastic. China has agreed to cut down. Chile, Oman, Sri Lanka and South Africa have introduced plastic bag bans – with the amount of plastic in the ocean set to increase tenfold by 2020, these actions cannot come soon enough.

The tide is turning, and clean seas could one day return.