It’s hard to believe that 100 years ago plastics didn’t exist and they now they make up most items that we use on a daily basis.

In the last 70 years alone we’ve produced 8.3 billion metric tonnes of non-degradable plastic, which has inevitably ended up in landfills, lakes and beaches across the world. 8.3 billion tonnes. To put that in perspective, that is the equivalent of 882,000 Eiffel Towers worth of plastic waste, which is almost impossible to fathom.

This epidemic is a problem that stretches far. Recently Caroline Power, a world renowned underwater photographer, captured shocking images of an unbelievable amount of plastic pollution in the Caribbean Sea. Items such as bottles, cutlery and even polystyrene cups covering miles of the beautiful blue water.

Caroline’s images set social media ablaze and has shined a well needed light on an issue that has been described as a planetary crisis. The consequences of which can have severe effects upon marine conservation. In fact just last week another powerful news item from the Telegraph in the UK covered a worrying story about how a Canadian fishing crew found a lobster with a Pepsi logo imprinted on its claw, illustrating just how much the plastic waste in our oceans are affecting those that live there.

How much plastic waste have humans produced?

Australia is serious about its environmental responsibilities. Research has shown, 51% of household waste in Australia gets recycled, which is surpassing the average recycling rate of many European countries.

However, research carried out this year from the University of California estimates a total of 6.3bn of the total 8.3bn tonnes of plastic created by humans has ended up as waste. What’s more worrying is 79% has ended up in landfills or in the natural environment. The best estimations by scientists have predicted 12bn tonnes of plastic would have been produced by 2050.

By continually improving our knowledge about the long-term benefits about recycling and making changes to our decisions, we can commit to creating an environmentally friendly future. 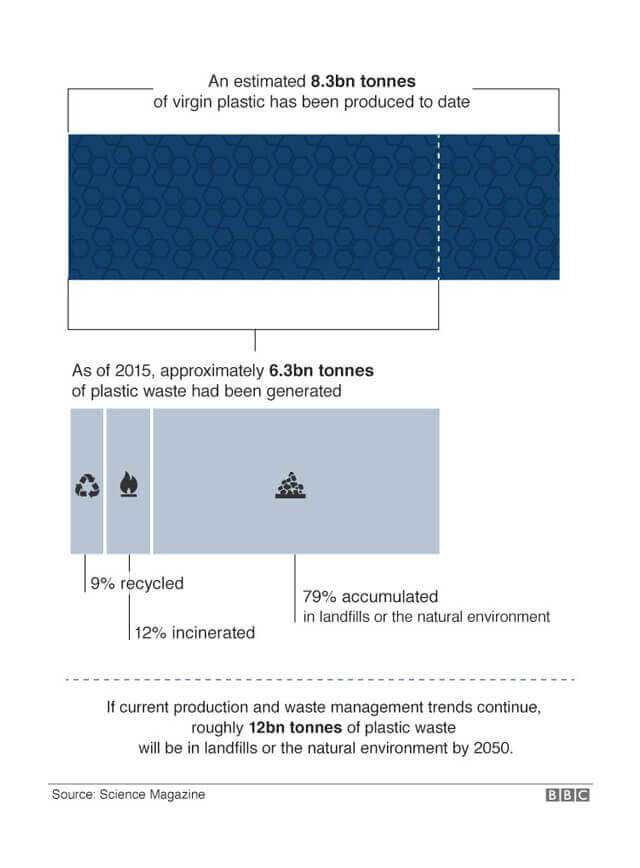 How many plastic bottles are we making?

480bn bottles were sold globally in 2016 alone. That works out as a million bottles a minute and the volume is increasing. The sheer amount of plastic bottle production is compounding the environmental problems being caused from plastic waste. 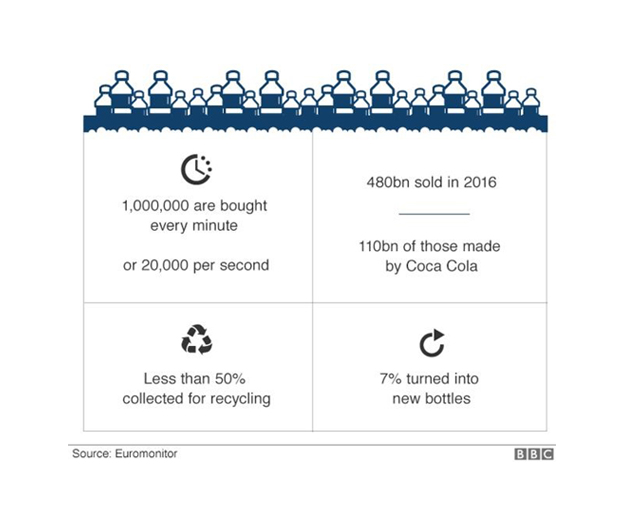 How much is plastic affecting our oceans?

Many countries around the globe are doing a poor job of managing the amount of plastic waste they generate. At present, Australia does not rate in the top 20 global polluters and countries with the most mismanaged plastic waste include China, Indonesia, Philippines, Vietnam and Sri Lanka. This mismanagement of waste is one of the biggest contributors to plastics ending up in our oceans. 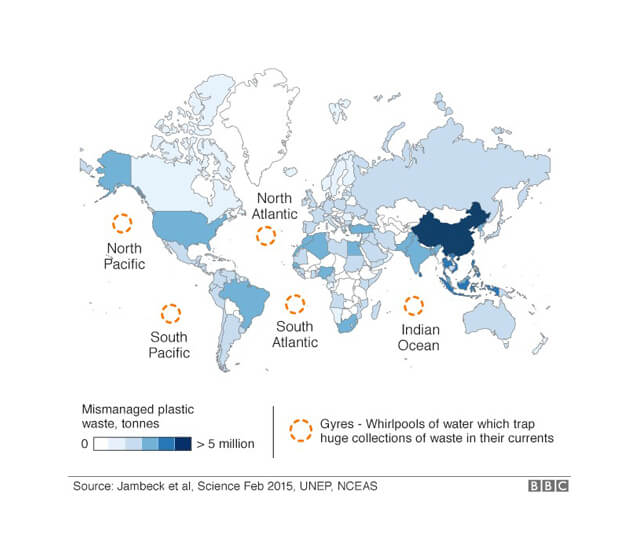 How long does it take plastic to biodegrade?

Compared to other common waste items such as styrofoam and aluminium, plastic takes several generations to biodegrade. In fact, plastic bottles take a staggering 450 years to biodegrade which is why it's critical we are all more educated on the issue. 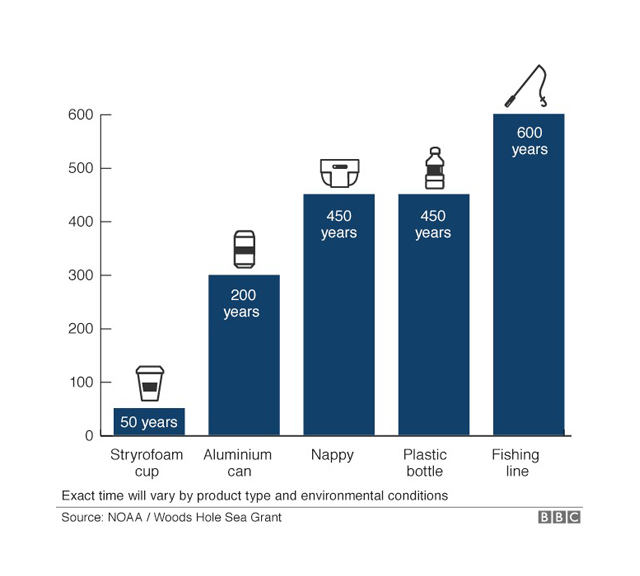 How does the future look?

What makes these global facts worrying is that things are likely to get worse before they get better. The demand for bottled drinks across the USA continues to grow. During 2016, bottled water consumption overtook soda as the preferred choice of beverage across the US. This is a step forward in a bid to battle diet related diseases such as diabetes and obesity but is a step backward in striving to create a greener and eco-friendly world.

All is not lost. There are many that are looking to slow down the impact plastic is having on our environment. In Denmark and Australia, citizens can take part in plastic bottle deposit return programs. These programs pay consumers to return their plastic bottles to supermarkets and local grocery stores in exchange for cash back or store credit. Other plastic waste reducing commitments include:

What we can do to help?

As Waterlogic have customers across 13 countries we understand how important it is to reduce plastic waste across the globe. We are not only dedicated in reducing plastic waste through the bottle free products we sell we are also dedicated to educating individuals and businesses about plastic waste management and reduction by rethinking the choices we make in our personal and professional lives. This is why we frequently publish informative articles that help educate people on the environmental effects of plastic and provide advice on how to reduce plastic use in your workplace and in your home.

Below is a selection of Waterlogic articles that will help you take a step towards clearing our oceans of plastic waste.